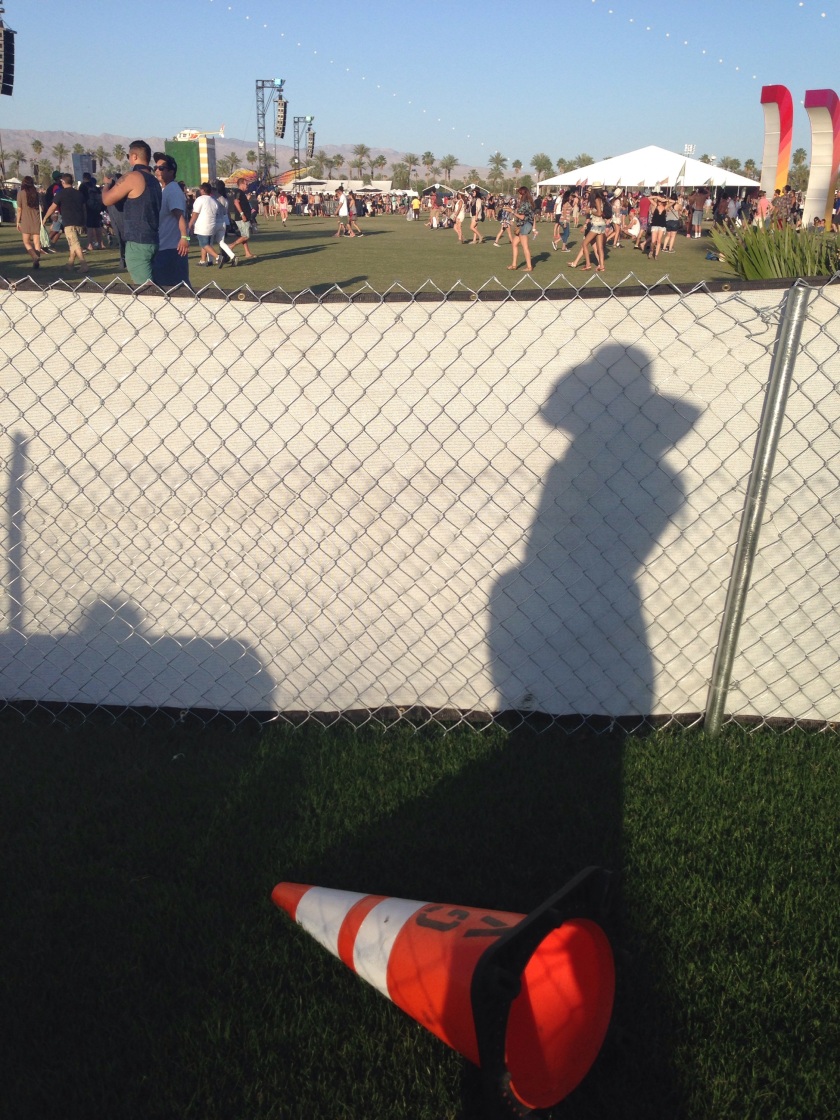 I went to Coachella for the first time this past year. I went to Weekend 2 mostly because I wouldn’t have to take a day off of work if I went that weekend. Over the years, it had always been something I wanted to do, but was out of my reach. Coachella is this huge festival that has an immense influence on the music industry and popular music. I saved up during the year and thankfully was able to get a ticket.

I got my tickets before the lineup was announced. Honestly, I had higher expectations. For the headliners, I’m not a huge fan of ACDC, I like Jack White’s other projects more than his solo work, and I don’t like Drake’s music. I was there to see the opening acts and the spectacle of Coachella.

Because Coachella is really expensive and usually sells out, many of my friends were deterred from going. So I went by myself. Because of this, I decided it was best that I was sober during the festival. I had an overall unusual Coachella experience in contrast to the majority of the attendees.

Thankfully, the first thing I think of when I look back on Coachella is the music (which is good considering that’s why I went). I am a huge fan of Father John Misty and his music has lingered with me since Coachella. Father John Misty was incredible. For me, it was just very cool to see him perform his set with the beautiful desert in the background. The audience reception for Sylvan Esso really surprised me. I heard them on KCRW’s Morning Becomes Eclectic one day and decided I’d check out their set at Coachella. The singer Amelia Meath thrives on the audience’s energy. She absorbs it and exudes it. She dances on stage with confidence and as though no one is watching. It was so empowering to see her on stage. She does not look like the typical front-woman, especially in her genre. Her voice is stunning. They blew me away. Jenny Lewis has always been for me on the border of meh and great. I hear some of her songs that move me so much and then others that make me cringe. But her newest song “Magic” is incredible. And she was at her best at Coachella. I’ve seen her with Rilo Kiley, Postal Service, and as Jenny and Johnny, but this was different. Her voice sounded great and she was really connecting with the environment. I also enjoyed Tame Impala and it was awesome to see them perform for such a large audience. They have such a large sound and were in their element. I wish I saw more of Kasabian because, from what I saw, they had the audience engaged. Alabama Shakes were great. Brittany Howard is a force to be reckoned with.

The fashion of Coachella has become iconic. For women, it involves flower crowns, denim cut-off shorts, and wavy-styled hair. As a fan of fashion, I wanted to see what trends were around. I was pretty disappointed mostly because everyone looked the same. There were a few people here and there who were wearing something interesting, but overall, everyone blended together. All the guys were wearing tank tops and shorts…or just shorts. All the girls were wearing flowy blouses and shorts. It was pretty hot, but I was expecting some variety. I wore dresses each day with boots. The dresses were because it was really hot and the boots were because in certain areas, it was dusty or muddy. I must mention, that my Coachella style icon has always been Dita Von Teese and I was bummed she was not in attendance this year.

Overall, Coachella did not feel like the right festival for me. I felt like an outsider. I have gone to FYF Fest since 2008 and feel like I with like minds when I am there. There is such an array of fans within the alternative music community and they are all represented at FYF Fest. At Coachella, I felt like I was in high school. The majority of people at Coachella looked like they were in sororities and fraternities. The biggest audience at the festival (that I saw) was for Kaskade, an EDM artist. The beer gardens were packed and weed was everywhere. As expected, Coachella was really hot. And it wasn’t even that hot this year. I was miserable, especially day 2. I was trying to keep myself hydrated, but I didn’t do the best job. It was hard to enjoy the music when I was hot and dehydrated. It was also disappointing to see how many celebrities pervaded Coachella. The VIP sections could not be avoided and it was annoying to see celebrities in attendance. I presume many were there to be seen to develop their image.

I did enjoy my experience though. The desert was beautiful at night and it was very special to see many of the bands in that environment.