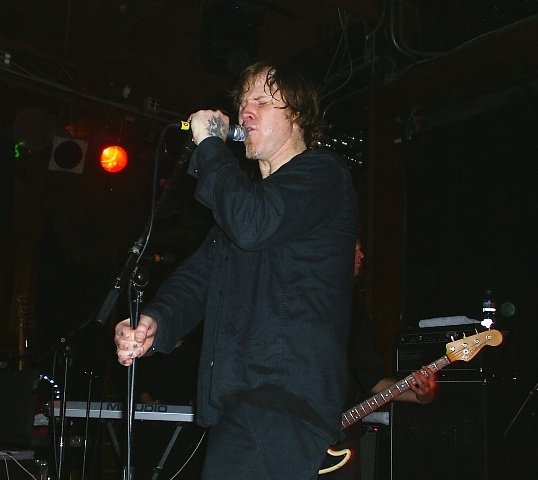 It seemed necessary to do a post about Mark Lanegan because he has an album, Imitations, coming out soon (September 17).

Mark Lanegan is an underrated artist.  Unfortunately, he hasn’t gained the same attention as other artists in his genre.  He’s too “uncool” for hipsters (probably for his association with Seattle Grunge).  Mainstream rock fans have rarely heard of him despite his relationship with Queens of the Stone Age and being a member in Screaming Trees.  There aren’t many artists like him and hopefully, more start to take notes from him.

Mark Lanegan first gained notoriety with the band Screaming Trees in the 90’s.  Since then, he has released many solo albums, two under Mark Lanegan Band, has recorded many times with Queens of the Stone Age, and has done a few albums with Isobel Campbell.

I was introduced to his music through seeing Queens of the Stone Age play a show in LA in 2005.  He was a surprise guest and came out for a song or two.  Not long after, I looked him up and started regularly listening to his album, Bubblegum.  I really enjoyed it and wondered why I had never heard of his music before.

In 2009, I heard Soulsavers’ Broken and became obsessed.  It was on that album that I fully understood and appreciated his voice.  There is this darkness he is able to exude through his voice.  Every crack, every inflection, every pause, has purpose.  When he sings about loss, you understand his perspective.  You feel it so deeply, even without paying attention to the lyrics.  His voice penetrates your soul.  What he is able to do with his voice alone is remarkable.

I listened to Broken non-stop for like a month.  To an outsider, it may have seemed like I was depressed and this music comforted me.  That wasn’t it.  I loved the music and was completely fascinated by his voice.  What does he do that makes his voice so distinct?  His voice is so powerful.  I was then compelled to see Soulsavers with Mark Lanegan in LA, touring to promote that album.  He did not disappoint.  He was very reserved and did not make eye contact with the audience.  Perfect.  As a performer, his presence is rigid, and coincides with his singing.  He’s not up there hamming it up.

And then he released Blues Funeral.  The title pretty much says it all.  I heard the single, “The Gravedigger’s Song” and was hooked.  He just conveys emotion so incredibly well.  The album is great all the way through and takes you to another place.  I was again compelled to see him perform this album live, at the Echoplex.  He exceeded my expectations and played not only songs from Blues Funeral, but Bubblegum as well.

However much I loved this album, it was not critically acclaimed.  Pitchfork had a less than impressed review (the writer went off on tangents and could have done a better review) and Rolling Stone wasn’t too crazy about it either (what’s up with the use of “monster truck” in both reviews?).  But, whatever.

Hopefully, eventually, more people will be exposed to his music.  If Soulsavers’ cover of “Some Misunderstanding” is any indication of his capabilities in performing covers, Mark Lanegan’s upcoming album should be outstanding.  I cannot wait to hear the perspective he brings to these songs.

*Had to end this piece with a link to a photo of Mark Lanegan.  This photo is in front of a bar in Canoga Park (in the San Fernando Valley).  It is in walking distance from a legendary venue called the Cobalt Cafe.